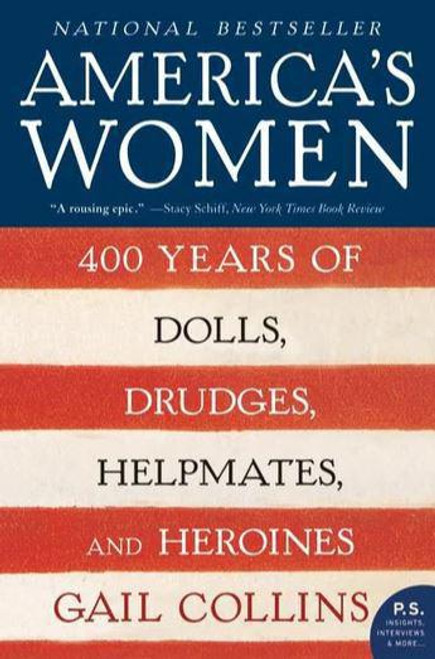 Rich in detail, filled with fascinating characters, and panoramic in its sweep, this magnificent, comprehensive work tells for the first time the complete story of the American woman from the Pilgrims to the 21st-century

In this sweeping cultural history, Gail Collins explores the transformations, victories, and tragedies of women in America over the past 300 years. As she traces the role of females from their arrival on the Mayflower through the 19th century to the feminist movement of the 1970s and today, she demonstrates a boomerang pattern of participation and retreat.

In some periods, women were expected to work in the fields and behind the barricades—to colonize the nation, pioneer the West, and run the defense industries of World War II. In the decades between, economic forces and cultural attitudes shunted them back into the home, confining them to the role of moral beacon and domestic goddess. Told chronologically through the compelling true stories of individuals whose lives, linked together, provide a complete picture of the American woman’s experience, America's Women is a landmark work and major contribution for us all.

A Black Women’s History of the United States