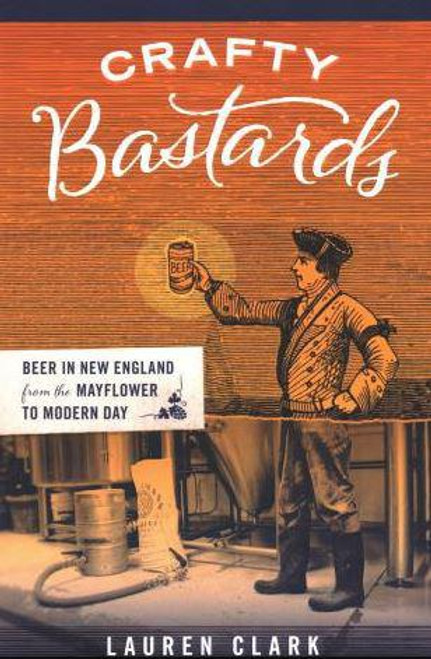 The region that defined Yankee ingenuity has a beer heritage in keeping with its character. Brewing in New England goes back four centuries beginning with the Pilgrims who dropped anchor in Plymouth because their supply of beer was running low. (After barely surviving the winter, they planted a crop of barley and soon brewed their first ale.) Making beer in New England hasn't always been easy. Puritan housewives, industrial era beer moguls, and contemporary craft brewers alike have concocted humankind's oldest beverage in the face of scarce ingredients, legal hurdles, and public indifference. But despite these challenges, beer continues to be a staple of New England life. With Crafty Bastards: Beer in New England from the Mayflower to Modern Day, Lauren Clark deepens our appreciation for the perfect pint. Giving voice to the inimitable Yankee spirit that allows New Englanders to faithfully produce some of the best beers in the nation, Clark invites readers to take a giant swig of brewing past and present.