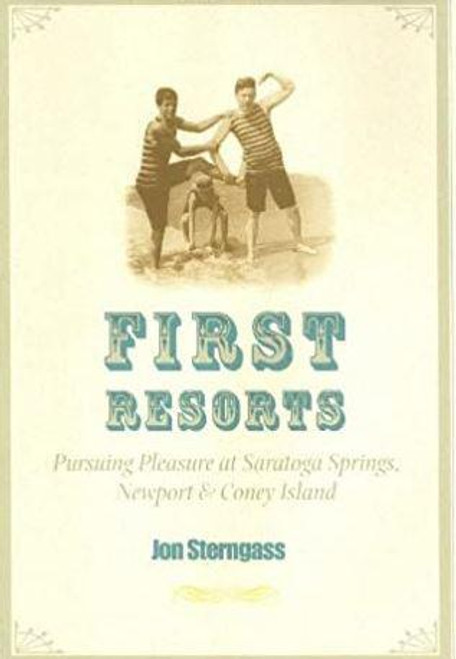 This history of Saratoga Springs, Newport, and Coney Island explores the cultural and social forces that shaped tourism, defined leisure, and developed these places into the diverse vacation spots we know today.

"At the dawn of the nineteenth century, Saratoga Springs hosted no more than a thousand hardy travelers yearly, Newport floundered in the midst of a fifty-year commercial decline, and Coney Island's beach resembled a wind-swept wilderness. A hundred years later, the number of summer visitors to Saratoga had increased a hundredfold, the antics of high society at Newport transfixed America, and at least five million pleasure seekers visited Coney annually. 'Those who talk of the mushroom growth of our Western cities,' declared an astounded writer for Harper's Weekly in 1878, 'might better spend their wonder and enthusiasm upon our Eastern watering-place.'"—From the Introduction

In First Resorts: Pursuing Pleasure at Saratoga Springs, Newport, and Coney Island, Jon Sterngass follows three of the best-known northeastern American resorts across a century of change. Saratoga Springs, Newport, and Coney Island began, he finds, as similar pleasure destinations, each of them featuring "grand" hotels where visitors swarmed public spaces such as verandas, dining rooms, and parlors. As the century progressed, however, Saratoga remained much the same, while Newport turned to private (and lavish) "cottages" and Coney Island shifted its focus to amusements for the masses.

Ben Franklin and His First Kite