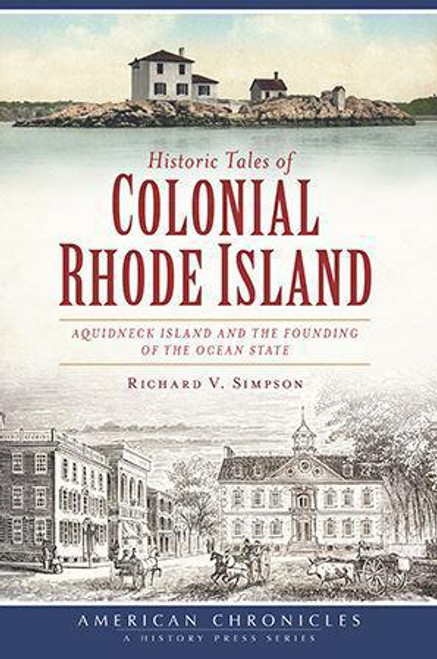 Roger Williams purchased the fertile Aquidneck Island from the Narragansett tribe in 1637. It was here that Anne Hutchinson, along with William Coddington and other colonists who had been banished from the Massachusetts Bay Colony, found shelter from persecution. The intrepid dissenters of Rhode Island Colony saw their community flourish with the founding of Portsmouth and Newport townships. The Battle of Rhode Island was the only clash between American colonials and the British on Rhode Island soil during the Revolutionary War. From the mercantile success of the Atlantic triangle trade routes to the establishment of the United States Navy, noted historian Richard V. Simpson brings these and other stories from the Ocean State to life. Join Simpson as he explores the landmarks and architecture of the period to discover the remnants of Rhode Island's colonial past.