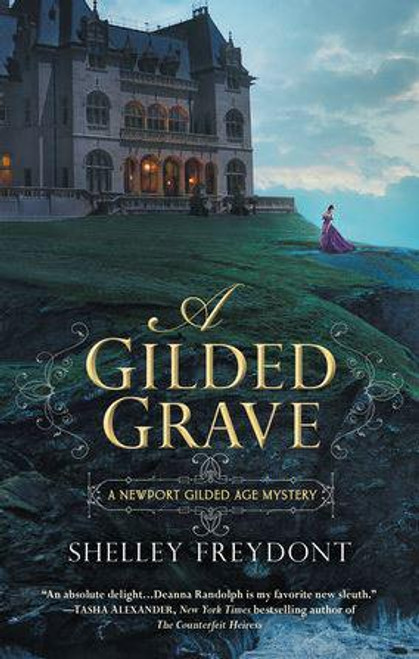 Step back into the past in the first Newport Gilded Age mystery—from the author of the Celebration Bay mysteries.

In 1895, the height of the Gilded Age, the social elite spend their summers in Newport, Rhode Island. Within the walls of their fabulous “cottages,” competition for superiority is ruthless...and so are the players.

During her first Newport season, Deanna Randolph attends a ball given in honor of Lord David Manchester, a Barbadian sugar magnate, and his sister, Madeline. The Manchesters are an immediate success—along with their exotic manservant and his fortune-telling talents.

But on the nearby cliffs, a young maid lies dead—and suspicion falls on Joseph Ballard, a member of one of the town’s most prestigious families.

Joe humiliated Deanna when he rebuffed an engagement to her, but while he may be a cad, she knows he isn’t a killer. Now the reluctant allies must navigate a world of parties, tennis matches, and séances to find the real murderer. But a misstep among the glittering upper classes could leave them exposed to something far more dangerous than malicious gossip...