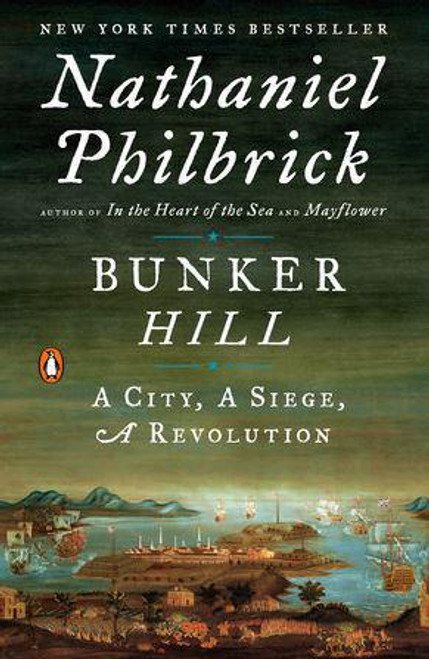 The bestselling author of In the Heart of the Sea, Mayflower, and In the Hurricane’s Eye tells the story of the Boston battle that ignited the American Revolution, in this “masterpiece of narrative and perspective.” (Boston Globe)

In the opening volume of his acclaimed American Revolution series, Nathaniel Philbrick turns his keen eye to pre-Revolutionary Boston and the spark that ignited the American Revolution. In the aftermath of the Boston Tea Party and the violence at Lexington and Concord, the conflict escalated and skirmishes gave way to outright war in the Battle of Bunker Hill. It was the bloodiest conflict of the revolutionary war, and the point of no return for the rebellious colonists. Philbrick gives us a fresh view of the story and its dynamic personalities, including John Adams, Samuel Adams, John Hancock, Paul Revere, and George Washington. With passion and insight, he reconstructs the revolutionary landscape—geographic and ideological—in a mesmerizing narrative of the robust, messy, blisteringly real origins of America.