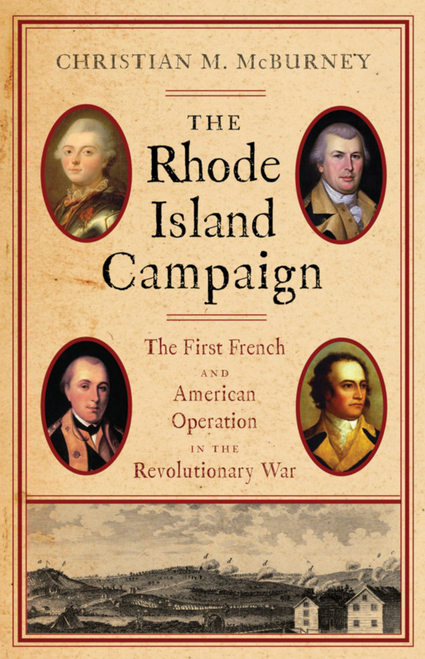 The Marquis de Lafayette and the French Navy join Nathanael Greene, John Sullivan, and a Continental Army to Attack a British Stronghold in New England.

On July 29, 1778, a powerful French naval squadron sailed confidently to the entrance of Narragansett Bay. Its appearance commenced the first joint French and American campaign of the Revolutionary War. The new allies’ goal was to capture the British garrison at Newport, Rhode Island. With British resolve reeling from the striking patriot victory at Saratoga the previous autumn, this French and American effort might just end the war.As the French moved into the bay, surprised British captains scuttled or burned many of their vessels rather than risk capture, resulting in the most significant loss of warships suffered by the British navy during the war. French Admiral Comte d’Estaing then turned to sea to engage the main British fleet but his ships were scattered and damaged by a huge storm. After his flagship and two other ships were attacked, d’Estaing’s squadron was taken out of the campaign. The American army under General John Sullivan, meanwhile, was stranded on a small island near Newport without the expected French naval support. When they tried to retreat off the island, British and Hessian regulars were sent to destroy Sullivan’s army; instead of a rout, a running battle ensued that lasted for more than six hours. Continentals, brimming with confidence after their training during the winter of Valley Forge, once more proved that they were an effective fighting force. While the Rhode Island Campaign ended in failure for the Americans and French, there were positive signs for the future of the alliance and the Revolution.

The Rhode Island Campaign: The First French and American Operation of the Revolutionary War by Christian M. McBurney unravels one of the most complex and multi-faceted events of the war, one which combined land and sea strategies and featured controversial decisions on both sides. Many prominent patriots participated, including Nathanael Greene, Marquis de Lafayette, John Hancock, and Paul Revere. Most important, while the campaign’s failure led to harsh criticism of the French in some quarters, leaders such as Greene, Lafayette, and George Washington steadfastly worked to ensure that the alliance would remain intact, knowing that the next joint operation could well succeed. Relying on in-depth research from American, French, British, and German original sources, author Christian McBurney has written the most authoritative book on this fascinating episode in American history.